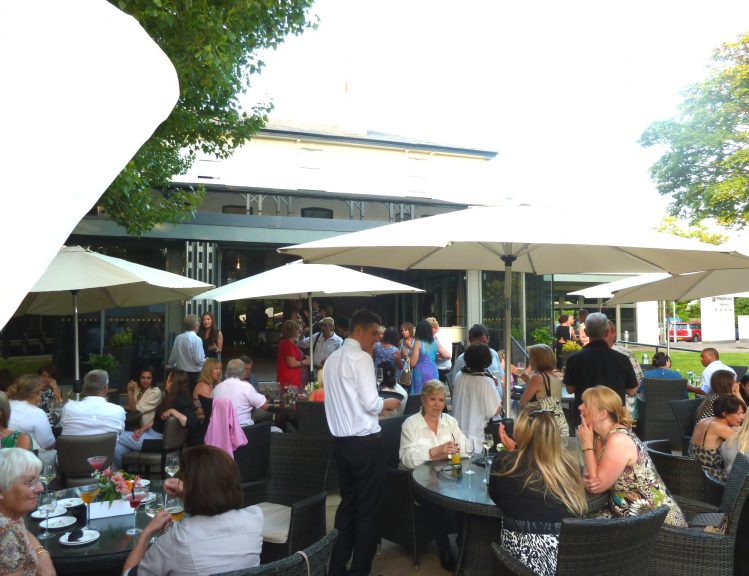 I performed at the corporate rebranding event for Marco Pierre White’s New York Italian Restaurant last Thursday. The restaurant is situated inside the new Holiday Inn Express in Hoylake, Wirral. Hoylake has become even more popular following the Open Golf tournament at Royal Liverpool which is less than a mile away. With this rebranding event, The Holiday Inn Express now also boasts a fine dining restaurant on site.

Many local business owners and personalities were in attendance on the night. The organisers even arranged to have a big yellow NYC taxi parked by the front door for this New York themed event. I set up my piano just inside the open bi-folding doors to perform for guests in the patio area outside.

There was of course a rumour that Marco Pierre White himself would be making an appearance. I know he’s a busy man. Despite his absence, the kitchen was sending out some delicious canapés. The bar staff, meanwhile, were gliding past with a myriad of colourful cocktails. The level of service was very impressive. I had my eye on the calamari… Only time would tell.

With the help of GM Matt Knight, restaurant manager Aldo Bove and all the team, the evening was a great success. With such an elegant setting, delicious canapés and no end of cocktails, the event went on until the early hours, far beyond what was expected. I chatted with some local guests who are friends of the family. They vowed to come back soon to have some dinner inside the restaurant. In the meantime, canapés on the patio in the summer air would have to suffice.

What a great night! And as if things couldn’t get any better, I didn’t have to dismantle the piano. Yay! I left everything there ready to perform at Kerri and Ian’s wedding the following day. Happy days!